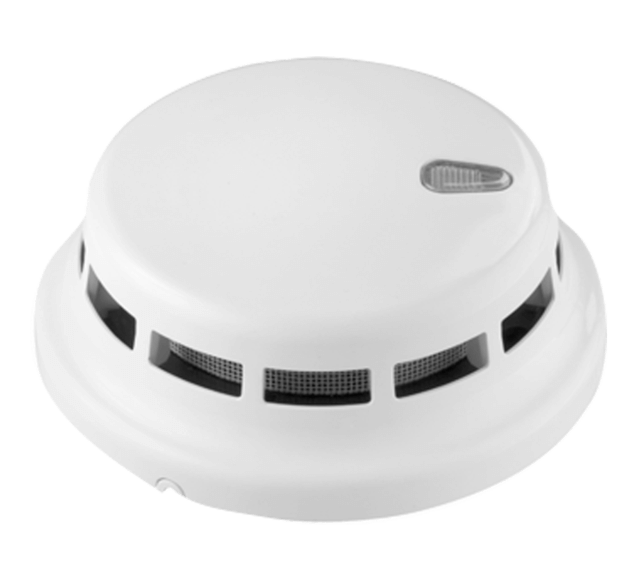 How many smoke alarms do you need?

Smoke alarms are essential to protect your and others safety. Smoke alarms are surprisingly complex in function despite how common they are. Smoke alarms detect fires by employing a variety of technologies to detect tiny particles in the air. In this blog, we talk about everything you need to know about smoke alarm safety, including types of smoke alarms, how many you need and how to avoid a false alarm.

Generally speaking, ionization alarms are the most common and cheapest, while photoelectric is a little more expensive due to the specifics of their design and the fact that they are less likely to go off by accident. Ideally, you should have a number of both in your building.

How many smoke alarms do you need?

This question depends on what kind of building you are operating but there are general rules to follow. You should have one on each floor at the very least. Offices have a wide variety of designs and it is essential that the smoke detectors if not already placed be put in the places where there is the highest chance of fire and the most people will be able to hear it.

Installing an alarm system can be as simple as reading the instructions given on the pack. You will likely need some tools like a screwdriver and tape measure, though you may also need pipe detectors, a ladder and an electric power drill depending on its placement and its requirements.

Once the alarm has been installed you should test it by pressing the test button. This will let off a brief alarm so brace yourself for the noise. You should perform this test weekly to ensure that the alarm is in working order and remember never to paint over the alarm or take the batteries out.

How to avoid a false alarm

One of the most common problems with smoke alarms is that they can go off without any fire in the vicinity. Smoke alarms need to be sensitive as they are an essential safety feature. It is better that they have false alarms that they do not go off during a real fire. Here are some of the reasons your alarm may be going off without reason.

The most common reason that your alarm is going off unexpectedly and frequently is that you have placed it in a location that is going to interfere with its sensors. Often if it is too near a window or right above a cooker it will go off after detecting smoke or heat.

Photoelectric alarms are particularly sensitive to these triggers due to the fact that they can often detect heat as well as smoke, so try and place your alarms in areas where they will detect a fire quickly if it happens, but won’t be constantly going off and disturbing you.

Often alarms, particularly photoelectric ones, can be set off by a build-up of dust. This is due to the fact that they work by detecting tiny changes in their surroundings with light, and so dust and dirt can interfere with this process. You should give your alarms a hoover and try and get any dust out of them regularly.

Their batteries are dying

Very often when an alarms batteries are dying it will go off unexpectedly. This is the alarm telling you that it needs a change of battery. You should aim to replace the batteries at least once a year, but you may have a lifetime fire alarm, in which case you shouldn’t ever need to change the batteries.

How to test a smoke alarm

First things first, you should notify your family that you will be testing the alarm. Smoke detectors feature a high-pitched alarm that may scare little children, so let everyone know you’re going to test the alarms so no one is scared.

Press and hold the smoke detector’s test button. Although it may take a few seconds to start, the smoke detector should emit a loud, piercing alarm while the button is pressed. Replace your batteries if the sound is weak or non-existent.

Some older people and those with disabilities will have specialised alarms. These will usually be connected to the main power supply and may have a variety of functions such as being able to vibrate for the blind and flashing lights for the hearing impaired.

It is important to remember that while alarms are essential and fantastic tools in fire safety and accident prevention, they need to be used in tandem with good fire evacuation procedures and a variety of fire safety equipment, such as extinguishers, first aid kits and fire blankets.

We at 1st Attendance provide training for staff on how to use these tools and what the best procedure is during a fire. We can train members of your staff to be fire marshals and ensure the maximum safety for your business possible. Check out our training courses here to take the first step in protecting your business from fire.

You can find out more about which cookies we are using or switch them off in settings.

Strictly Necessary Cookie should be enabled at all times so that we can save your preferences for cookie settings.

If you disable this cookie, we will not be able to save your preferences. This means that every time you visit this website you will need to enable or disable cookies again.